On this page you may find some information about the upcoming Jupiter-Saturn conjunction on the 21st of December, 2020, including some visuals and videos created with Stellarium showing the view of the sky; these include views over the past few days up to (and beyond) the 21st of December, and of historical occurrences of the same phenomenon.

This event has caught the attention of many, and has been mentioned a lot in the context of the Star of Bethlehem. This view appears to find its origins in a hypothesis by German astronomer Johannes Kepler (1571 – 1630). In 1604, Kepler observed a new star in the sky; nowadays we know that this was a Type 1a supernova (and is often often referred to as Kepler’s supernova). Since in the previous year there had been a conjunction of Jupiter and Saturn, Kepler drew a link between the two events. Having calculated that there had been a Jupiter-Saturn conjunction in 7 B.C., he wondered whether – just like the events of 1603 and 1604, when a “new star” followed a Jupiter-Saturn conjunction – the same might have occurred in 7 / 6 B.C.  Eventually, the idea was misinterpreted, in that Kepler was said to have considered the Jupiter-Saturn conjunction itself to be the Star of Bethlehem. (It may have been the German astronomer Ideler who first committed this mistake.)

Assuming that the story of the star is true,  and not simply an embellishment of the tale (which could also very well be the case), we cannot say with any certainty that the ‘Star of Bethlehem’ was a conjunction of these two planets. Several other explanations have been put forth, such as a conjunction of Jupiter with Venus (and even the star Regulus), the appearance of Comet Halley in 12 B.C., the appearance some other comet, or perhaps even a nova. It could also have been a sequence of events that were interpreted as a whole. 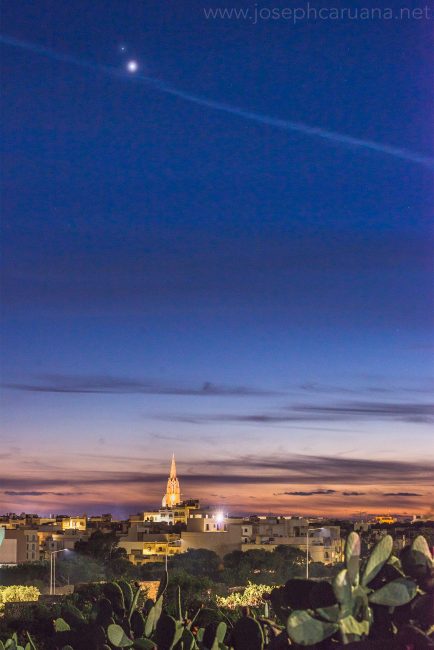 How do these conjunctions occur?

Let us first have a look at the orbit of the planets.  Jupiter takes nearly 12 years to complete an orbit, while Saturn takes 29.5 years. As a result, every around  20 years, the two planets catch up with each other, resulting in a conjunction. Jupiter and Saturn are actually still very far away from each other. Conjunctions are a matter of perspective. From our point of view, the two planets will appear to be close to each other. Conjunctions are not all the same, and they are not even necessarily observable.

The sight in the sky over the past few days

Animation of the view on the 21st of December

The below video shows how the sky will look on Monday, 21st December.

Zooming in on the planets

This video is similar to the one before it, but we zoom in to have a closer look at the two planets.

The below images show some past conjunctions. Those of 1623 and 2000 were very difficult to observe, as Jupiter and Saturn were close to the sun. In 1563, the two planets came very close to each other, but a bit less than they are doing this year. Therefore, the last time Jupiter and Saturn came so close was way back in 1226; in fact, back then they appeared much closer still – their separation was just a third of what will be the case this year. 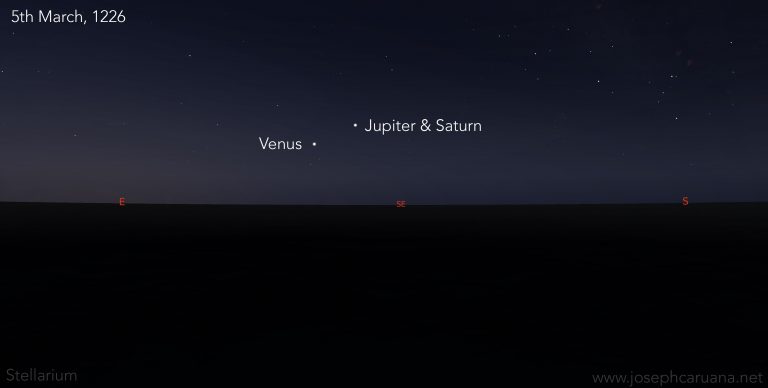 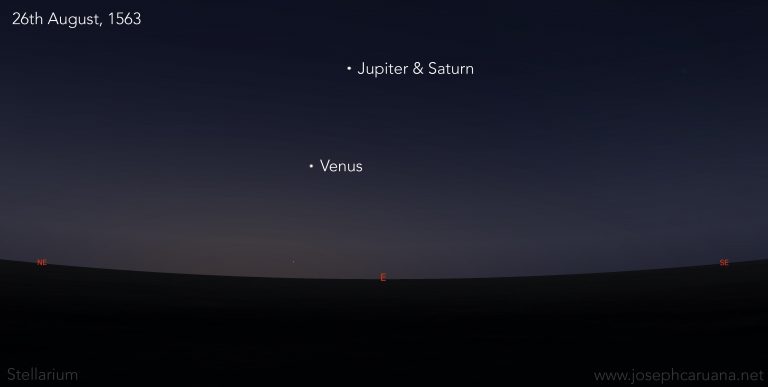 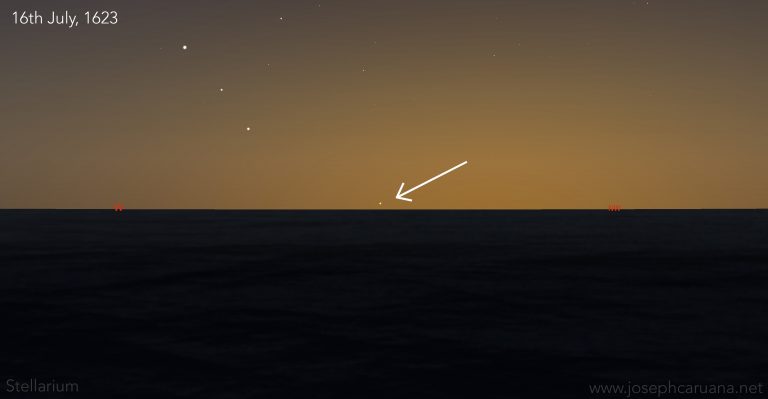 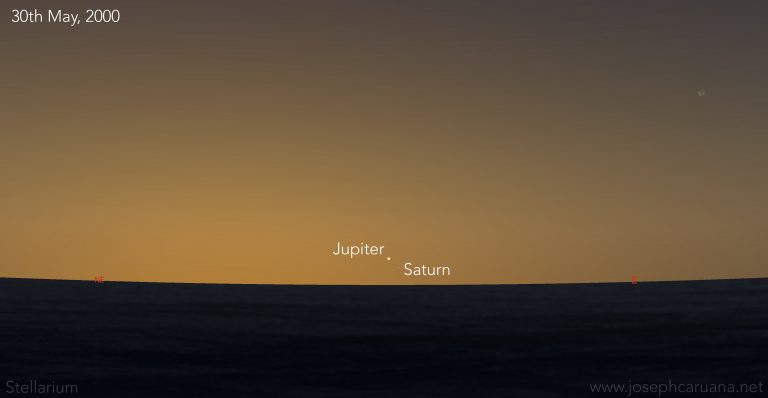