One of my main research interests lies in galaxy formation and evolution, in particular the observational study of galaxies in the early universe (z > 7). A lot of my work has involved designing, undertaking and analysing follow-up spectroscopic surveys of high-redshift candidate galaxies.

At such high redshifts, a particularly useful emission line is Lyman alpha.  This emission line can be used to gain a lot of information about these objects, including confirmation of their redshift.

For objects lying at such large distances, the Lyman-alpha line is redshifted to the infrared region of the electromagnetic spectrum. In analysing this data, where any potential signal is very faint and the infrared background sky varies a lot over short time-scales, a lot of effort goes into developing optimal data reduction techniques.

These galaxies are viewed at a time before the “fog” of neutral hydrogen has been cleared, so these galaxies are used as probes of the ionization state of the universe during its infancy. Of particular interest is the question of whether these first objects provided sufficient photons to reionize the universe.

Some of our inferences about the universe at high redshift base upon extrapolations from lower redshifts, such as the fraction of Lyman alpha emitters in the z=3-5 universe; to this end I have also carried out work studying galaxies in this redshift range.

The observatories I use for this work are both space-based, e.g. the NASA/ESA Hubble Space Telescope, and ground-based.  For my spectroscopic studies, I have been using various spectrographs installed on ground-based observatories to carry out long-slit, cross-dispersed, multiple-slit, and multi-object IFU spectroscopy. These instruments include:

We use computer simulations to understand various processes in galaxies, and compare these to data obtained with the ESA space-observatory Gaia. Data from Gaia enables astronomers to create a 3D map map of the Milky Way via highly accurate positions and radial velocities for a billion stars.

I serve as a management committee member representing Malta on the MW-Gaia COST Action.

I have a strong interest in the study of light pollution. Beside the obvious implications for astronomy, I am interested in its effects upon ecology and human health.

The night sky brightness resulting from anthropogenic lighting is a global problem that is under increasing scrutiny, as a clearer picture is emerging of artificial lighting’s pollutant attributes, revealing that it can be harmful and disruptive in myriad ways.

For a  number of years I have been leading a research effort into mapping the night sky brightness of the Maltese Islands, recently publishing one of the highest resolution maps ever undertaken in a study of this kind. 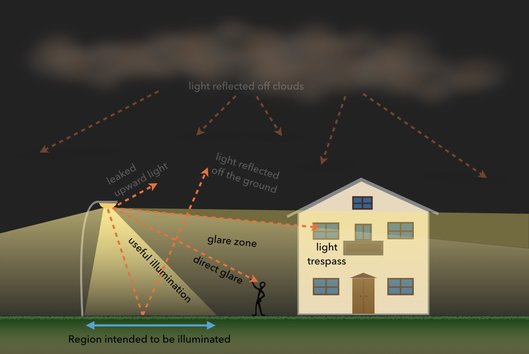 In addition to my research in astrophysics, I am also interested in topics of hyperbaric medicine, an interest that stems from my own technical diving with SCUBA and rebreathers. In particular, I employ mathematical models and statistical methods in applications to decompression theory and prevalence of decompression illness. For this work, I collaborate with the Hyperbaric Unit at Mater Dei hospital (Malta’s acute general teaching hospital).