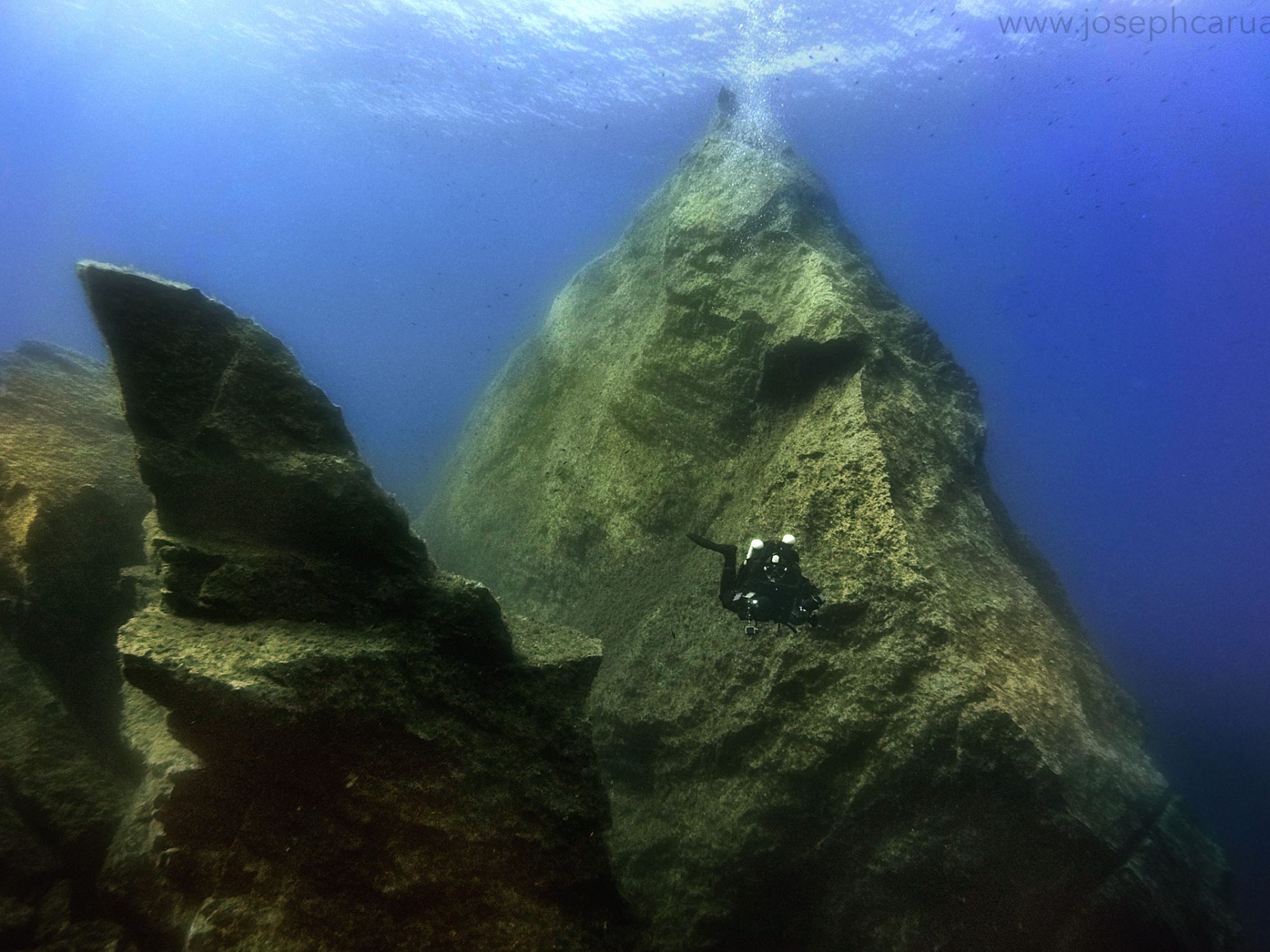 Here go a couple of pictures from one of my favourite CCR dives: starting out from the Inland Sea, going through the tunnel keeping the wall to your left, passing by Gћar ix-Xiћ (commonly referred to in English as Old Man’s Cave), until you reach the (now) remains of the Azure Window.  And it is indeed a majestic sight to behold: wonderful jagged pillars rising from the depths and reaching nearly all the way to the surface.  This was the course of our most recent dive, with a runtime of 121 minutes.

We took in the beauty of the site of the remains for a few minutes before returning the same way we came, and exited once again at the Inland Sea.  We encountered some interesting marine life during this dive, including some big fish busy at their hunting game.

The rocks of the former Azure Window might be have lost their original glowing-white look when they had first submerged beneath the waves, but the relatively new landscape is as stunning as the first day it was formed.