This week was a special one indeed. Finally, we were able to see the first images from JWST – the remarkable telescope we have been awaiting for so many years! Tuesday, 12th July was characterised by outreach and public engagement activity. More details below.

Credit for above image: NASA, ESA, CSA and STSci.

Event by the Astronomical Society of Malta and Esplora

The day’s outreach activity started with a great event organised by the Astronomical Society of Malta and Esplora, where despite the relatively short-notice, a nice crowd assembled to share the moments of the release of the first JWST images.

I gave a 30-minute introductory talk about JWST, its history, the first image that was released during a White House event the previous day, and the expected science with this amazing space observatory. Following this, we watched the live NASA event where the rest of JWST’s first images were released. 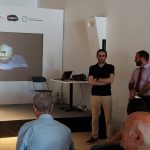 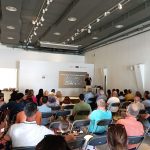 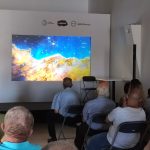 TV News feature on JWST and its first images

Later in the day I was invited to provide a short explanation of the first JWST images and the significance of this new telescope on the evening TV news bulletin. The clip is found below, and the newsroom’s report is available here.