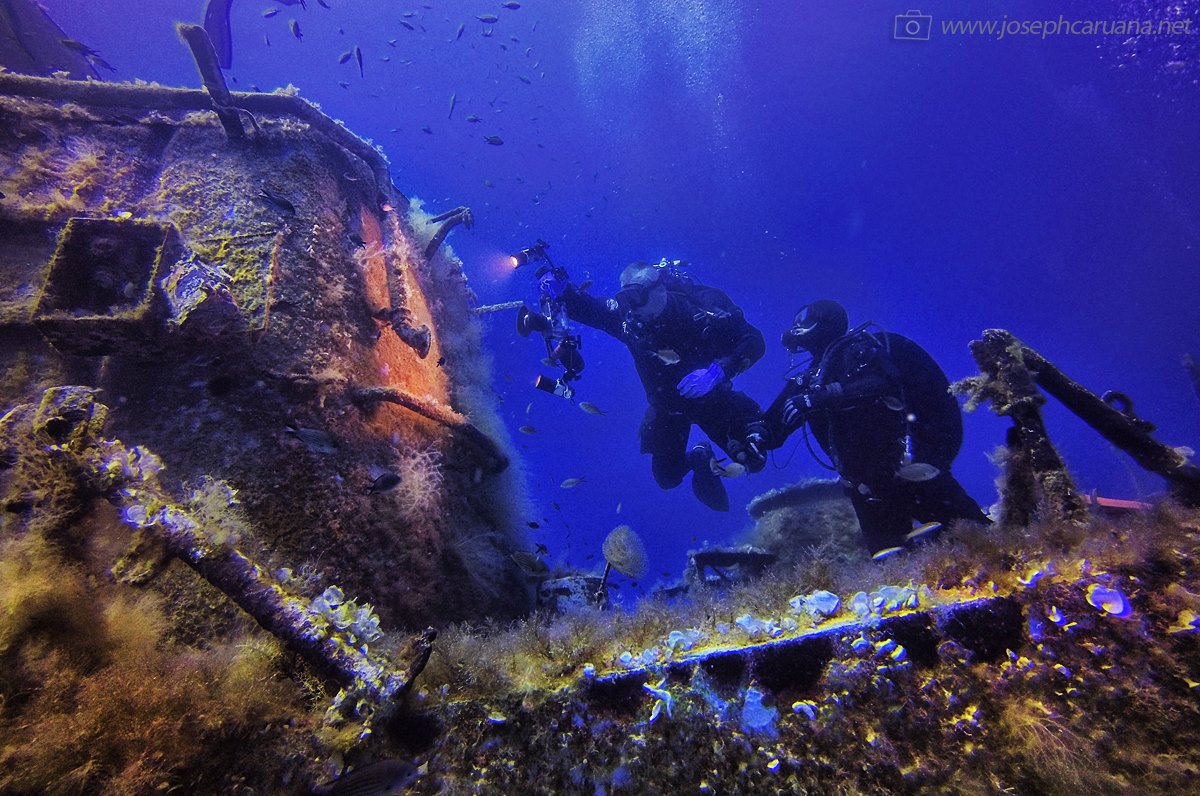 On this dive I revisited the P31 wreck, a former patrol boat of the Maritime Squadron of the Armed Forces of Malta.  Originally called Pasewalk (GS05), this was an East-German Kondor 1 Class minesweeper.  In 1992 it was purchased by Malta and used for border control and anti-smuggling operations until 2004.  Particularly worthy of mention is its role in the rescue of 251 irregular migrants whose 20-metre boat started sinking around 71km South of Malta.  Upon being decommissioned, P31 was scuttled off Comino (at Taħt il-Mazz).

Being the only wreck easily accessible to beginner open-water divers based in Gozo or the northern coast of Malta (since it lies at only 12-18m depth), this site sees a lot of activity, especially in Summer months.