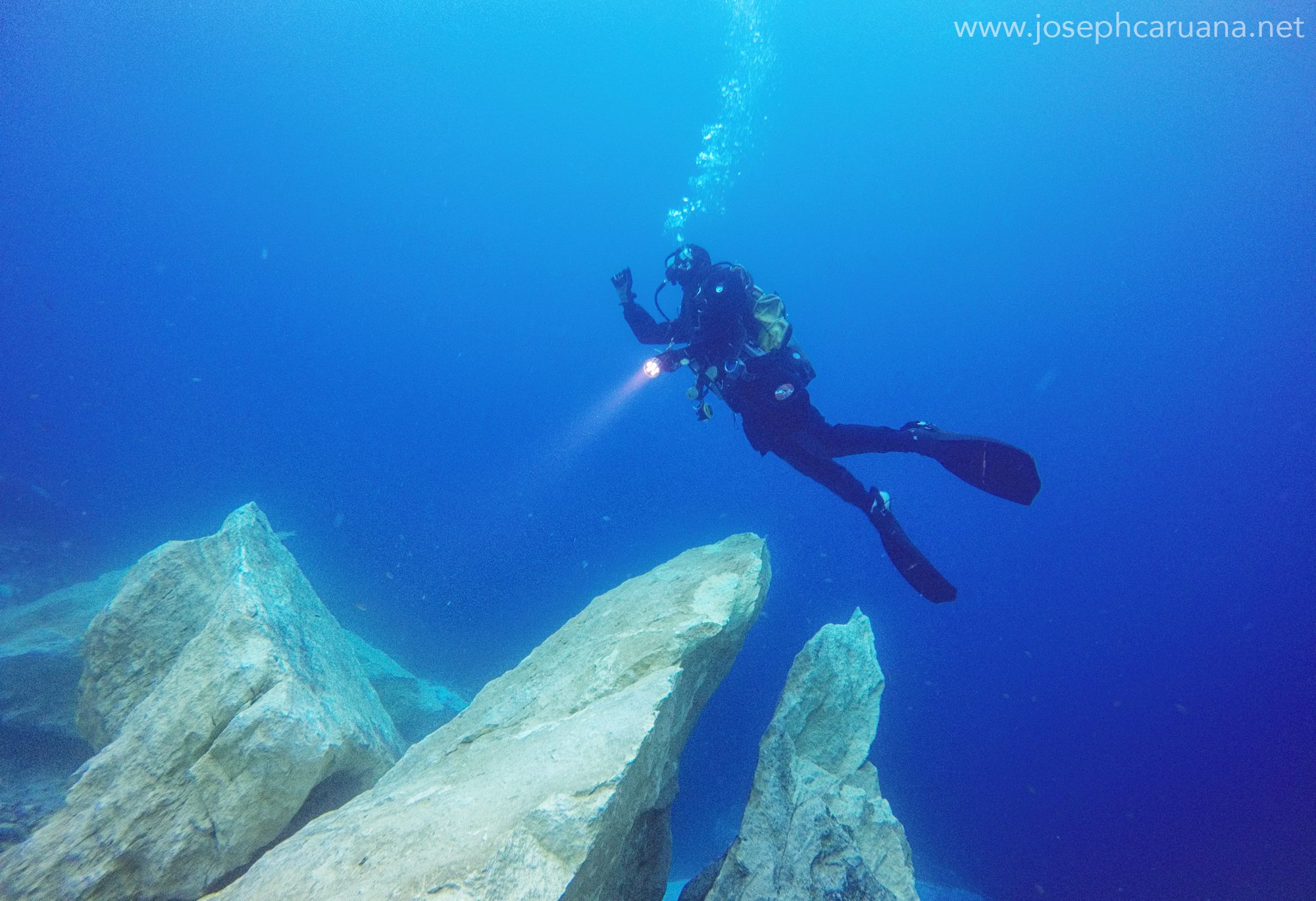 Early this morning I went down to Dwejra to explore the new underwater landscape following the collapse of the Azure window, and assess the site.  What I found was even more beautiful than I expected.

Numerous swim throughs have formed from what remains of the window.  Such swim throughs are ubiquitous around Gozo and are a huge attraction for divers.

For now, I would recommend that unless divers are experienced and have dived this site numerous times before, they only go supervised by personnel from local dive centres who are thoroughly familiar with the site and can guide them properly while avoiding any hazardous areas.  Furthermore, they should be cautious in their approach and adhere to all safe scuba diving  practices.  As is always the case in scuba diving, responsibility for the safe outcome of a dive falls upon the diver.

What was already a first-class dive has – in my opinion – become even better.  Nature took an arch it had formed over many years, brought it down underwater and from its remains created a beautiful masterpiece in underwater landscaping.

Divers the world over will be happy to learn that the blue hole has not been affected by the Window’s collapse, and features such as the well-known chimney are still there as well.

In the meantime, I would urge all divers to be prudent in their approach, and as much as possible keep to the part between the blue hole and the pillar, and away from the former site of the window itself as there are some rocks on the cliff-side that are still unstable.

I leave you with some pictures.  The first image featured below is one of the new swim throughs that have formed as a result of the collapse.  The light reflecting off the bottom illuminating the side walls and ceiling is truly spectacular, and for me was one of the highlights of this dive.  Given time and left to their devices, these fresh rocks will eventually become a reef and start harbouring new life amongst them.  Whilst footage collected here was used to assess the site, swim throughs should be avoided for some time until a couple of storms potentially shift any smaller rocks.

At the bottom of this page you will find a video that puts some of these new vistas in perspective.