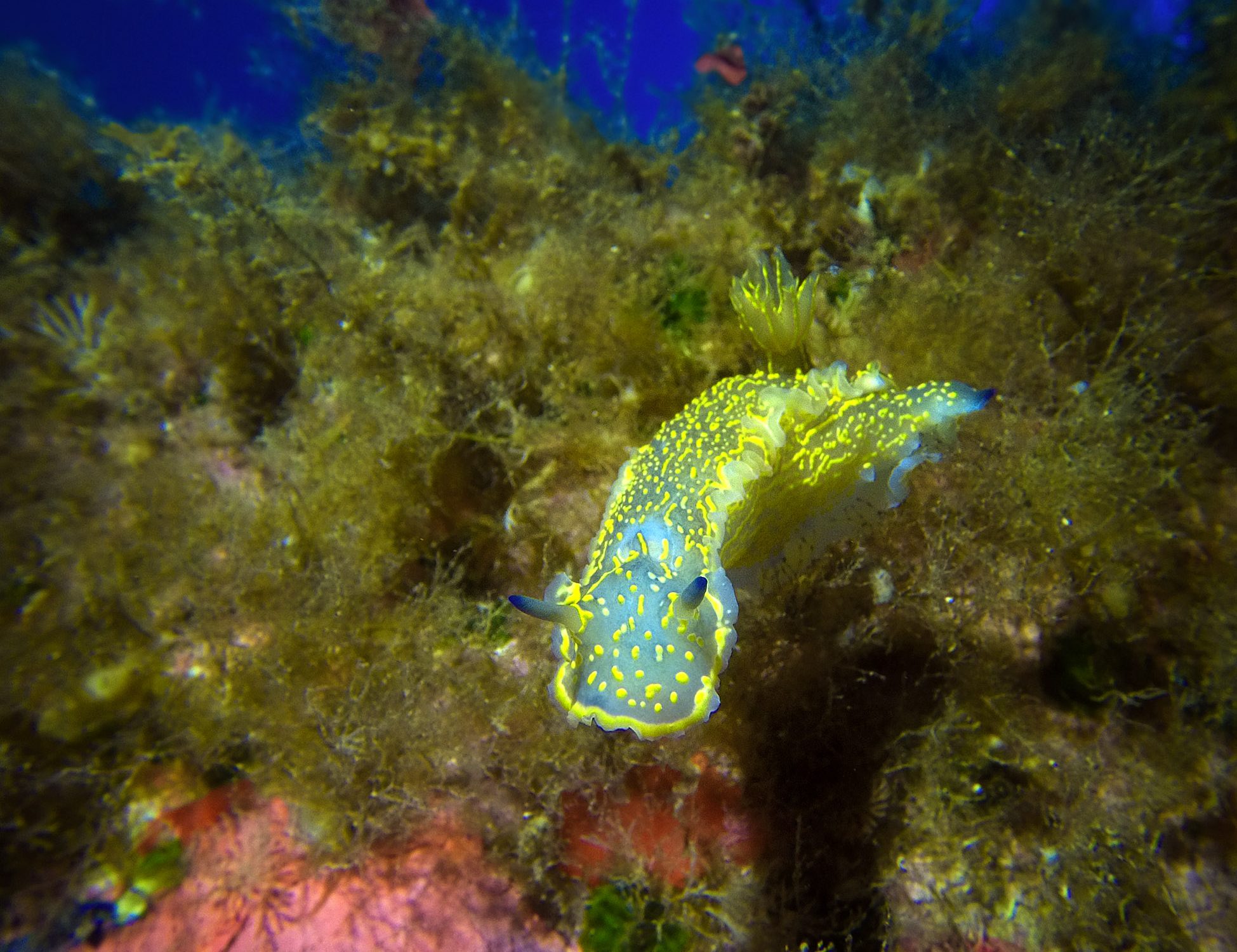 This week I received a new toy, and a very useful one at that – an ultra-powerful primary (canister) dive light.  If you’re interested in equipment, you might enjoy the next paragraph.  If not, you may safely skip it and proceed with the rest of this post.

I had been researching various dive lights available on the market for a very long time.  I won’t bore you with the details here, but in the end I settled on a light from GRALmarine – a company that, apart from its line of dive-lights, designs and manufactures custom-made equipment to support complex diving expeditions.  The particular dive light I had set my eyes on was the LED DUO half VIDEO.  As the name suggests, this dive-light actually has two lights fitted on the same head, one outputting 9,600 lumens in a wide (125-degree) beam suitable for video and photography applications, and another one giving out 8,600 lumens in a narrower (16-degree) beam that reaches far and is especially suitable for wreck or cave penetrations.  If both lights are switched on together, one gets a whopping 18,000 lumens, which is… well, bright.  Suffice to say that the moment I got this dive light I simply could not wait to try it out – and this morning I had that opportunity.

I wanted to do a “dark” dive to test out the new light, but wind conditions this morning were favourable only on Gozo’s South coast, so we decided to dive the Karwela wreck, penetrate below decks and have a good look around.  We planned a bottom time of 30 minutes (the wreck lies at ~40m) and used 51% Nitrox for our decompression, meaning that we would switch to our decompression gas at a depth of 21 metres.

I had barely started my descent when I switched on the dive light, and even in the bright ambient light I was convinced I had made the right choice: this thing was seriously bright!  Upon arriving at the Karwela, we proceeded straight to the engine room, and the light truly came into its own.

Upon flicking on the video light, the interior of the Karwela was flooded with light – and I could appreciate the colours that so far had always been muted.

For the rest of the dive, I mostly only used the wide-beam light (since I was shooting video throughout), only occasionally turning on the narrow beam. Something that I instantly realised was that I’ll need some practice with using the right angle to mitigate backscatter.

We had a good look around the Karwela‘s engine room, leaving no corner unturned.

After we exited the engine room we came across a sizeable Scorpion fish that settled right in front of me.  My first reaction was to point the light away from it as I did not want to scare it off, but to my surprise this one seemed utterly unfazed by the bright light, and as I cautiously pointed it again in its direction, it stayed right there, not moving a fin.

As we proceeded to start making our way out, I paused for a picture of the staircase, which in my books is a must on every dive on the Karwela.

When we exited the wreck, I could see Brian already looking around for something interesting.  And his constant searching did yield a nice prize: a wonderfully colourful Nudibranch known as Hypselodoris valenciennesi which stole the spotlight and made it as the featured image of this post.

At this point we realised how good the visibility was.  While we were still at the Karwela, we could make out the wreck of Xlendi in the distance!  We slowly started ascending, making our way to the deck.

At this point I really started to appreciate how I could illuminate very wide areas of the wreck with this dive light, and I still need to properly get used to it!

As we started to leave the ship to proceed with our ascent, I paused and turned around to have another look at her.  There she lay, majestic as always.  There is something truly beautiful about ships lying peacefully on the seabed, like witnesses to the sea’s stories.

During our decompression we made friends with a few individuals, including multiple examples of Ornate wrasse and this lovely jelly.

All in all, a very nice dive where I got to know a bit the new dive light.  Needless to say, I can’t wait to get back underwater to try it some more!  Until then, as always, happy & safe diving to all!

2 thoughts on “Lighting up the Karwela”